To share your memory on the wall of Rhoda Wilkison, sign in using one of the following options:

Provide comfort for the family by sending flowers or planting a tree in memory of Rhoda Wilkison.

Provide comfort for the family of Rhoda Wilkison with a meaningful gesture of sympathy.

Starting in the late 1920's through the early 1940's six of Rhoda's siblings moved to Chambersburg, PA, near the birthplace of their father Harry, in New Franklin, Guilford Township, Franklin County, PA. After graduating high school, Rhoda joined her siblings who were living in a duplex at 410 East Catherine Street. During her early years in Chambersburg, Rhoda attended Chambersburg Business School and earned a private pilots license. Together with her brother Raymond and sisters Bernice and Mildred, who also had their licenses, they were known as the “Flying Wilkison's” and they traveled back to Fulda frequently to visit their family. In January 1945 Rhoda started her first job as a clerk at Letterkenny Army Ordnance Depot. Due to a reduction in force at the end of World War II her job ended at Letterkenny in July 1946. In August 1946 she started working for York Farm Credit as a loan officer; she retired in December 1987 after 41 years with the company. From 1988 to 1989 Rhoda worked part time as a receptionist for Dr's Peter M. Showan and William M Shord.

In September 1997 Rhoda moved to Menno Haven Retirement Community in Chambersburg. In May 2018, Rhoda entered Brookview Nursing Center at Menno Haven and passed away there on Wednesday May 5, 2021 at the age of 94 years, 5 months and 20 days. She will be sorely missed by niece Karen Cunard and husband Jeff, nephew James Dale, Jr., grand niece Leslie (Dale) DeMott and husband Daniel and their children Douglas and Laurel. Rhoda was always an important part of our family gatherings and celebrations. In these last years we lovingly provided her care and support.

Services will be private. Arrangements have been entrusted to the Thomas L. Geisel Funeral Home and Cremation Center, Chambersburg, PA. Burial will be at Norland Cemetery, Chambersburg, PA. Online condolences may be expressed at www.geiselfuneralhome.com .

To send flowers to the family or plant a tree in memory of Rhoda M. Wilkison, please visit our Heartfelt Sympathies Store.
Read Less

Receive notifications about information and event scheduling for Rhoda 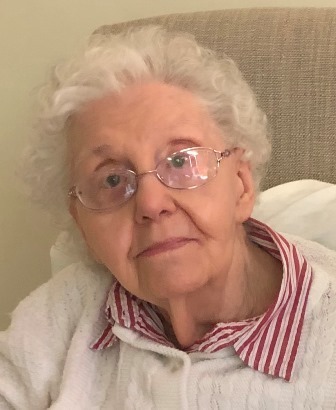 We encourage you to share any memorable photos or stories about Rhoda. All tributes placed on and purchased through this memorial website will remain on in perpetuity for generations.

We encourage you to share your most beloved memories of Rhoda here, so that the family and other loved ones can always see it. You can upload cherished photographs, or share your favorite stories, and can even comment on those shared by others.