To share your memory on the wall of Randy Gsell, sign in using one of the following options:

Provide comfort for the family by sending flowers or planting a tree in memory of Randy Gsell.

Provide comfort for the family of Randy Gsell with a meaningful gesture of sympathy.

In addition to his parents, he is survived by his wife, Kim Kramer Gsell, whom he married April 6, 1981; his son, Trapper Gsell and wife Amy of Fayetteville; his granddaughter Lynlee Gsell; his brother, Dennis Gsell and wife Melita of Fayetteville; and three nephews, Jacob Suder of Greencastle, Damien Gsell of Chambersburg, and Aaron Gsell of Chambersburg. He is also survived by his father and mother-in-law, Donald and Lois McClure Kramer of Fayetteville, who both dedicated the past month to be by Randy’s side and care for him in his home as well as his loving and devoted sister-in-law Louann Suder and husband Tim of Greencastle. Louann was Randy’s rock for the past ten years and was constantly researching options for Randy to continue his fight. During Randy’s illness and 10 year-long battle he remained courageous; fun-loving; and never complained. He was preceded in death by two brothers-in-laws, Steven J. Kramer and Donald Ray Kramer, Jr.

Family and friends are invited to gather to celebrate Randy’s life from 1:00-3:00 PM Saturday, April 10, 2021 at the Fayetteville Volunteer Fire Department Social Hall, 101 West Main Street, Fayetteville, PA. A private graveside service will be held at Mont Alto Cemetery.
Contributions in his memory may be made to Heartland Hospice, 417 Phoenix Drive, Unit A, Chambersburg, PA 17201.

To send flowers to the family or plant a tree in memory of Randy E. Gsell, please visit our Heartfelt Sympathies Store.
Read Less

Receive notifications about information and event scheduling for Randy 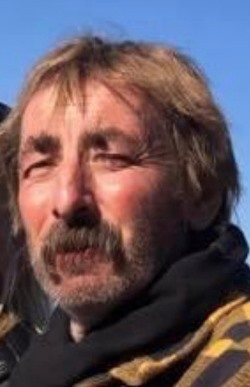 We encourage you to share any memorable photos or stories about Randy. All tributes placed on and purchased through this memorial website will remain on in perpetuity for generations.

Aaron, Addy, and Nicole Gsell sent flowers to the family of Randy E. Gsell.
Show you care by sending flowers
Hand delivered by a local florist

Kim and Family, so sorry for your loss, thoughts and prayers.
Deb & Russ Truett
Comment | Share Posted Apr 09, 2021 at 12:13am via Condolence
AG

My husband and I were blessed to meet Randy and Kim a few years ago at Gettysburg campground during the Bike Week. Randy and Kim offered us a place to park our vehicle on a lot that they had rented since our lot was not big enough. During conversations that weekend, we quickly learned of Randy's battle and his determination to fight as well as his wonderful wife right there by his side. The lord has gained a hardworking, thoughtful, determined man that we were blessed to have met.
Kim and family, you are in our thoughts and prayers.
Cherie and Rob Orndorff

Always full of fun and always on the go. You will be missed.

Thank you for making us feel welcome when we moved to Chambersburg. Your acquaintance and friendship made us feel welcome to what we now call home. I honor your life and took strength from watching you fight the fight. You never showed defeat only courage. My condolences and prayers love the Celestial’s.
Comment | Share Posted Apr 06, 2021 at 08:53pm via Condolence