To share your memory on the wall of Jack Davenport, sign in using one of the following options:

Provide comfort for the family by sending flowers or planting a tree in memory of Jack Davenport.

Provide comfort for the family of Jack Davenport with a meaningful gesture of sympathy.

Obituary for Jack A. Davenport

Jack was a graduate of Northwest Area High School, Shickshinny, PA with the Class of 1968. He later went on to obtain a Bachelor’s Degree from Bloomsburg State College in 1972. Jack also had a Master’s Degree and his Principal Certificate.

He was employed as an elementary school teacher for Northwest Area School District retiring after 30 plus years as an educator.

Jack was a charter member of Bloomsburg Community Orchestra playing with them for 45 years he was also a lifetime and charter member of Kappa Kappa Psi, Bloomsburg State College. He was a lifetime member of Hunlock Creek Volunteer Fire Company; member of Sons of the American Revolution, Franklin County Cyclists, and Cumberland Valley School of Music Community Band. Jack was also an active member of St. John’s United Church of Christ where he served as Deacon and was active in Youth Ministries.

In addition to his mother he is survived by his wife, Roxanne (Bull) Davenport, who he married June 16, 2007 in Chambersburg; two sons, Jay Davenport and his wife Tonya of Phoenixville, PA and Kevin Davenport and his wife Samantha of Shickshinny, PA; three step-children, Jennifer Swank of Ronkonkoma, NY, Thomas Dennis, Jr. and his wife Lindsey of Shippensburg, PA and Matthew Dennis and his wife Britlyn of Chambersburg; eleven grandchildren, Brandon, Cole, Drew, Jemma, Kenny, Kayleigh, Elias, Lucas, Everett, Renton and Reid; and a sister, Sharon Sibbett and her husband Richard of Petaluma, CA.

In lieu of flowers memorial contributions may be made in Jack’s memory to Bloomsburg University, Music Studies Scholarships, 400 E. Second Street, Bloomsburg, PA 17815 or online at www.bloomu.edu.

To send flowers to the family or plant a tree in memory of Jack A. Davenport, please visit our Heartfelt Sympathies Store.
Read Less

Receive notifications about information and event scheduling for Jack 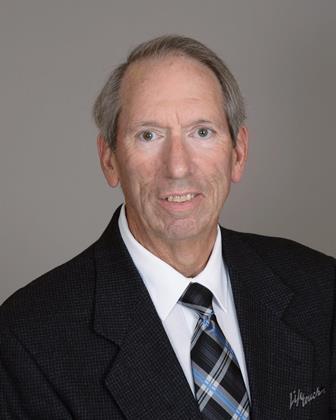 We encourage you to share any memorable photos or stories about Jack. All tributes placed on and purchased through this memorial website will remain on in perpetuity for generations.

Mary Williams
I am truly saddened by Jack´s passing. I have so many fond
memories of him from grade school to high school, college, class reunions, and the years we worked together as teachers. All of
those memories and fun times came flooding back and brought
a smile to my face, but a sadness to my heart. My deepest
sympathies for your loss.
Comment | Share Posted Jan 30, 2021 at 05:42pm via Condolence
MH

We at First United Methodist Church, Shickshinny are so very sorry to learn of Jack's passing. We send our sincerest condolences to his entire family and especially to his mother Doris, our former church treasurer. You are in our thoughts and prayers.
Comment | Share Posted Jan 28, 2021 at 07:55pm via Condolence
DH

We were so sorry to hear about Jack! Sending lots of love and hugs as you go through this very difficult time! Remembering back to all the good time at Good Ts Go! Take care!

I was so sad to learn of Jack's passing. Jack was my stand-in older brother when my brother was at college. We lived across the street from each other in Shickshinny from the time I was born, and spent many days and nights together, playing pitch and catch, touch football and playing basketball on the playground, going to movies either at the Garden Drive-in or in Wilkes-Barre, golfing in Sweet Valley or Muhlenberg or Briar Heights, watching Johnny Carson, listening to his Buddy Rich records, going up the street to church, and so, so much more. And, when I went to Bloomsburg, Jack told me that I must join the band or he'd kick my you-know-what. Jack didn't steer me wrong. These past few summers, except this COVID summer, we'd meet somewhere and golf once or twice and catch up with family news and talk over 'old times' from home. I will miss not being with Jack. R.I.P. my brother.
Terry Guers
Comment | Share Posted Jan 26, 2021 at 10:07pm via Condolence

I am sorry to hear of Jack’s passing. He lived across the street from me in Shickshinny and we were childhood friends who grew up together in a wonderful small town. Our moms made Easter eggs together for many years at the Shickshinny Methodist Church.
Comment | Share Posted Jan 26, 2021 at 06:49pm via Condolence