To share your memory on the wall of Bernard Washabaugh, sign in using one of the following options:

Provide comfort for the family by sending flowers or planting a tree in memory of Bernard Washabaugh.

Provide comfort for the family of Bernard Washabaugh with a meaningful gesture of sympathy.

He attended Corpus Christi Catholic School and then graduated from the Chambersburg High School in the Class of 1959. Mr. Washabaugh was an outstanding athlete in football and basketball.

His working career consisted of the Stanley Company for 28 years and as an auditor and supervisor for the Auditor General’s Office of Pennsylvania for 19 years.

Mr. Washabaugh was a life-long member of Corpus Christi Catholic Church. The focus of his life was “family”, church, and following his sons and grandchildren in their sports and life experiences. He coached midget football, little league baseball and senior basketball for a number of years.

He was a member of Chambersburg Town Council representing the Fifth Ward for 28 years and served as the council president for 12 years as well as the vice president for 6 years.

Mr. Washabaugh was significantly involved in several important Chambersburg Area projects, such as, Exit 7, Downtown Memorial Park, the rezoning of the land which made way for the Norland Ave. Shopping Mall, and the rehabilitation of the Chambersburg Rec. Center.

In addition to his parents he is preceded in death by four brothers, Ted, Edward, James and Richard and five sisters, Doris, Peg, Linda, Deborah and Susan.

A time of reflection will be held at the funeral home from 4:00 P.M. until 8:00 P.M. on Sunday, November 22, for people to pay their respects. The family will be present from 6:00 P.M. until 8:00 P.M. in the Thomas L Geisel Funeral Home, 333 Falling Spring Road, Chambersburg. CDC social distancing and mask requirements will be in place at both the funeral home and the church.

In lieu of flowers memorial contributions may be made to Cumberland Valley Animal Shelter, 5051 Letterkenny Rd W, Chambersburg, PA 17201 in memory of Bernie.

To send flowers to the family or plant a tree in memory of Bernard L. Washabaugh, please visit our Heartfelt Sympathies Store.
Read Less

Receive notifications about information and event scheduling for Bernard 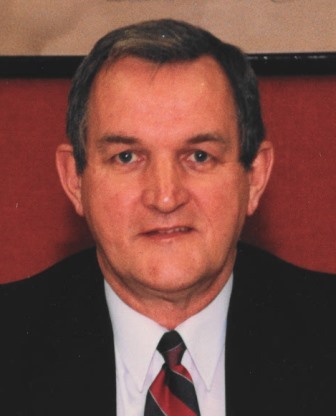 We encourage you to share any memorable photos or stories about Bernard. All tributes placed on and purchased through this memorial website will remain on in perpetuity for generations.

The Rotz Family sent flowers to the family of Bernard L. Washabaugh.
Show you care by sending flowers
Hand delivered by a local florist

The Rotz Family sent flowers to the family of Bernard L. Washabaugh.
Show you care by sending flowers
Hand delivered by a local florist
MM

The Shippensburg University Office of Admissions team sends our deepest condolences for your loss. A donation to Cumberland Valley Animal Shelter has been made in honor of Mr. Washabaugh.
Comment | Share Posted Nov 23, 2020 at 09:55am via Condolence
SA

Please accept our most heartfelt sympathies for your loss... Our thoughts are with you and your family during this difficult time.

Virginia , Bernie, Chris and Bill Long ago two young kids came together on a football field in Chambersburg. That was the start of a city kid and a farm boy becoming the same as brother’s. I found my way to a little town of North East, Pa. ,there unknown to me we both found the love of our lives. It hurts to know that your husband ,your dad is gone .May god be with you and comfort you in this time. Until we meet again. Jim & Loreta Foltz
Comment | Share Posted Nov 22, 2020 at 09:30pm via Condolence
AC

Our thoughts and prayers are with you in your time of grief.
May the Lord give you comfort and peace in your time of bereavement.
Alan & Judy Calta
Comment | Share Posted Nov 20, 2020 at 11:42am via Condolence
HS

Please accept our most sincere condolences at this difficult time. With love from Robin and Roni Becker and family

Flowers were purchased and a memorial tree planted for the family of Bernard Washabaugh.
Order Now | Show All
Comment | Share Posted Nov 20, 2020 at 04:29am via Floral Arrangements