To share your memory on the wall of Bennett Bard, sign in using one of the following options:

Provide comfort for the family by sending flowers or planting a tree in memory of Bennett Bard.

Provide comfort for the family of Bennett Bard with a meaningful gesture of sympathy.

He is survived by four children, Kelly Jacobs (John) of Chambersburg, Carl Bard (Sondra) of Reading, B. Keith Bard of Chambersburg, and Karen Bard Koermer (Kelly) of Bel Air, MD; and five grandchildren, Erik Jacobs, Marc Jacobs, Amy McLean (Tyler), Nicholas Pirovolidis, and Tanner Pirovolidis. In addition to his parents and wife, he was preceded in death by seven siblings, E. Glen, E. Bruce, Ellis, K. Drew, Donald, Kathleen, and Roselyn. Ben was the last of his immediate family.

Family and friends are invited to attend a graveside service at Noon on Thursday, December 10, 2020 at Parklawns Memorial Gardens, Chambersburg, PA. Rev. Joel Nogle will officiate. Military honors will be presented by members of the Charles Nitterhouse Post 1599 VFW Honor Guard.

Contributions in his memory may be made to Chambersburg Church of the Brethren, 260 South Fourth Street, or to the Landis McCleaf Detachment of the Marine Corps League, 450 Grant Street, both in Chambersburg, PA 17201.

The family would like to extend a special thank you to the staff and medical team at Menno Haven Rehabilitation and Brookview at Menno Haven for the excellent care provided to Ben.

To send flowers to the family or plant a tree in memory of Bennett R. Bard, please visit our Heartfelt Sympathies Store.
Read Less

Receive notifications about information and event scheduling for Bennett 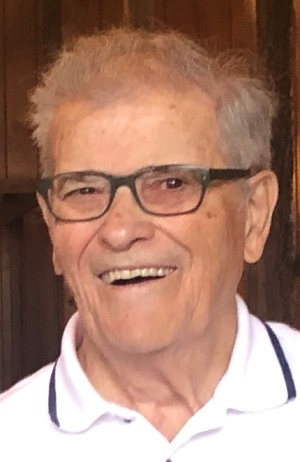 We encourage you to share any memorable photos or stories about Bennett. All tributes placed on and purchased through this memorial website will remain on in perpetuity for generations.

HGA SCHOOL FAMILY and Kevin and Donna Shuman sent flowers to the family of Bennett R. Bard.
Show you care by sending flowers
Hand delivered by a local florist

HGA SCHOOL FAMILY and Kevin and Donna Shuman sent flowers to the family of Bennett R. Bard.
Show you care by sending flowers
Hand delivered by a local florist

OUR THOUGHTS AND PRAYERS ARE WITH YOU.

Deepest condolences from the Dowd family

Flowers were purchased for the family of Bennett Bard.
Order Now | Show All
Comment | Share Posted Dec 07, 2020 at 07:20pm via Floral Arrangements
KS

Very sorry for your loss. We enjoyed our visits with him. Glad he was able to travel down south and visit with Roselyn. Our prayers are with you all.