To share your memory on the wall of William McLaughlin, sign in using one of the following options:

Provide comfort for the family by sending flowers or planting a tree in memory of William McLaughlin.

Provide comfort for the family of William McLaughlin with a meaningful gesture of sympathy.

He was born May 1st, 1949, at Germantown Hospital in Philadelphia, Pennsylvania. Bill grew up on Beech Lane in Wyndmoor, Pennsylvania, as the middle son of the late Harry Rowan and Mary (Christine) McLaughlin. He was a 1967 graduate of Springfield Township (Montgomery County) High School and a 1972 graduate of Penn State, receiving a degree in hotel and restaurant management. He was a member of the Phi Kappa Theta Fraternity. During his time at the University Park campus, he met his loving wife of 47 years, Sue, and made many lifelong friends.

Bill first worked in the food service industry. He managed several restaurants in the area, including the Graeffenburg Inn, and later served as food service director at the Fulton County Medical Center and the Chambersburg Hospital. Bill then acquired a real estate license and spent the better part of his professional life in that field. He was proud of his part in the sale of the Penn Hall College campus and the development of Nicholson Square. In later years, he became involved in prison health research, helping those incarcerated in Pennsylvania state prisons with nicotine addiction and tobacco dependence. He was trained as a Certified Tobacco Treatment Specialist. Bill spent close to 10 years working alongside state policymakers and researchers from Columbia University and Rutgers University to develop programs for those in our carceral system.

Upon moving to Chambersburg in the 1970s, Bill built roots in the community and desired to help make it a better place for all residents. He was a member of Chambersburg Borough Council for 24 years, serving 10 years as Finance Chair and 10 years as Council President. He actively represented Chambersburg in the Pennsylvania Municipal League (formerly the Pennsylvania League of Cities and Municipalities), serving as a long-standing member of the Board of Directors and PLCM President from 2000-2001. Truly a dedicated public servant, he was known to work late into the night researching varied subjects such as landfill gas projects, electric power purchase agreements, and nutrient credits so that he could better serve the residents of Chambersburg. He made great friends on both sides of the political aisle and was fond of saying that there is no such thing as a Republican or Democratic pothole.

Bill had many interests that he enjoyed immensely. He cherished fall Saturdays watching the Penn State Nittany Lions in State College with his family and friends. As a native son of Philadelphia, he was a lifelong fan of the Eagles and Phillies. Bill was an avid reader, particularly enjoying books about history. As a result, he always had a unique factoid to add to any conversation. He will be greatly missed by his Tuesday trivia team. His greatest joy was time spent with his granddaughter, Alina. He loved being Pop-pop, introducing her to the simple pleasures of small-town life. He was a master at reading Christmas Eve stories, cooking s’mores in the backyard, and accompanying Alina on scooter rides around the block.

In addition to his wife, he is survived by two sons, Eric (wife: Pamela, to whom he was like a father) and Christopher, both of New York City, one granddaughter, Alina, two brothers, Harry J. (wife: Amparo), of Windermere, Florida, and John A. (partner: Charlotte Kennedy), of Langhorne, Pennsylvania, a sister-in-law, Ann Niculescu (husband: Adam) of Midlothian, VA, four cousins, Thomas and William Mooney and William and Kevin Christine, and many nieces, nephews, extended family, and friends, all of whom he loved dearly. In addition to his parents, he was preceded in death by two cousins, Charles Patrick “Pat” Mooney and Kathryne “Kathy” (Christine) Hargreaves.

A Celebration of Bill’s Life is being planned for later in the year when health conditions are more suitable to do so. Arrangements are by Thomas L. Geisel Funeral Home and Cremation Center, Chambersburg.

In lieu of flowers, contributions may be made to the Capitol Theatre Center, 159 South Main Street, Chambersburg, PA 17201.

Condolences may be shared at www.geiselfuneralhome.com. 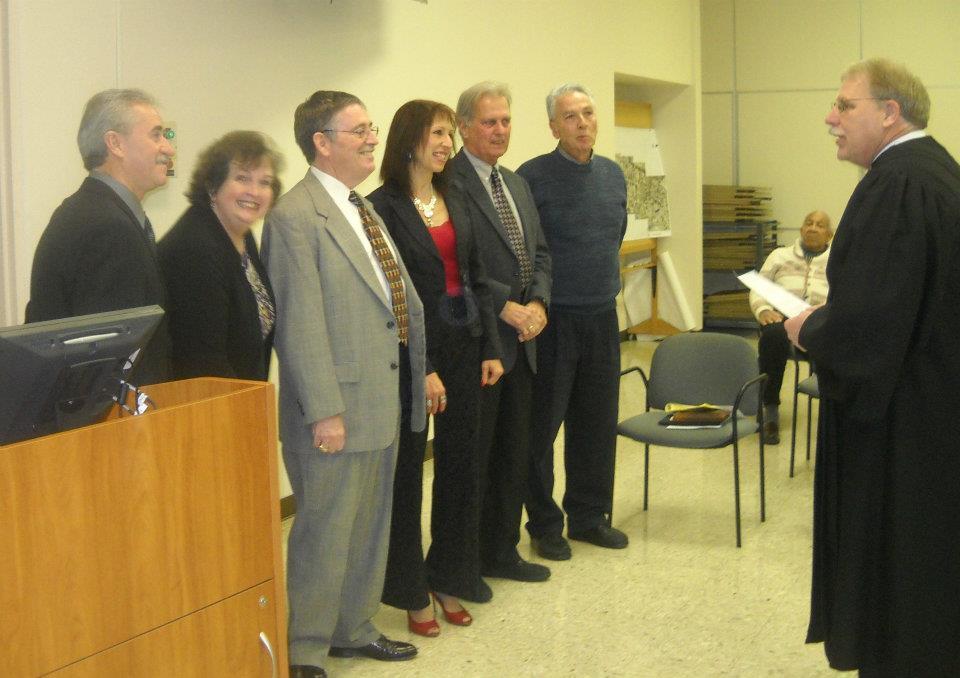 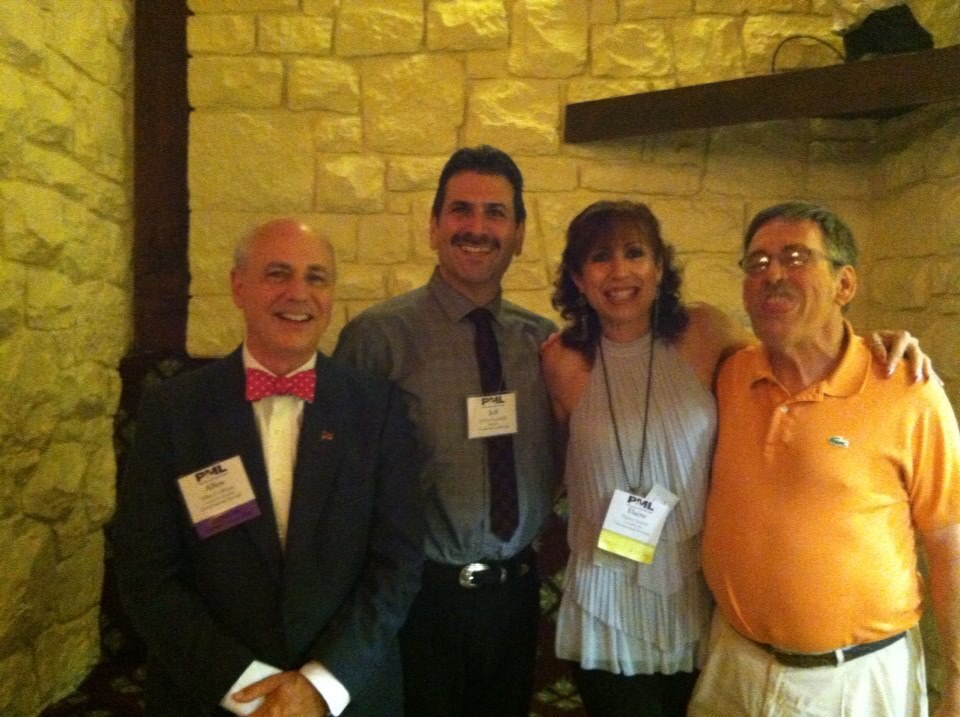 We encourage you to share any memorable photos or stories about William. All tributes placed on and purchased through this memorial website will remain on in perpetuity for generations.

Sue/Family:
I was shocked to hear of Monk's passing. As a fraternity brother at Penn State, I enjoyed talking football and tailgating in recent years. We were involved in Real Estate together and I called him periodically about Commercial Developments in the Chambersburg Area. I met him at the Mall last June and followed up on calls as late as last November. He was a good guy and will be sadly missed. RIP
Dan Wallace
Comment | Share Posted Feb 12, 2021 at 05:12pm via Condolence
CK

Hi Sue,
This is Chas Kopp. I was a fraternity brother of Monk's.
Received this sad and shocking news on Thursday evening. My condolences to you and your family.
Monk was a big personality at PSU. He was my first roomate at the House. He had wonderful curiosity and interest in his Hotel Management major. His early passion for the business exceeded his grade performance. Even at an early age he was smart in the things that counted. Making stuff work , not necessarily grades, was important.
He was a wonderful participant, supporter, advocate of our mature and sometimes not so mature, fraternity activities. It was important to have Monk as a friend. When Monk was involved, stuff happened.
I really lost touch with Monk after Penn State. I bet we didn't talk for 50 years. That all changed last spring. Monk became a regular on our monthly ZOOMS. His recall of people, places and things was truly amazing. The " Monk Way" became the main attraction. His email commentary during PSU games last fall, was to the point and a show of frustration.
Monk really cared for what he cared about.
I was lucky to have Monk back in my life the last nine months. He was definitely one of a kind.
Stay Safe Sue
Comment | Share Posted Jan 30, 2021 at 10:06am via Condolence
JM

Sue and family,
It was so sad to hear about Bill’s (Monk’s) passing. I remember the great times we had at Penn State, from pledging together at Phi Kappa Theta our freshman year and our friendship throughout our continuing friendship. It has been great to get back in touch via our Zoom calls the past few months. My condolences to your family,
Bart Moody
Comment | Share Posted Jan 29, 2021 at 12:58pm via Condolence

We were shocked and so saddened to learn of Bill’s passing. Bill and I have been friends since high school days, and my wife Tonie has known him since our days together at Penn State. He was my Little Brother (nicknamed Monk) in our fraternity at Penn State, and despite the fact that we’ve lived far apart ever since, we’ve always kept in touch.
Bill’s myriad accomplishments mirrored his personality - a truly dedicated professional with a quick wit and compassion for all. We will miss him greatly.
Our deepest condolences to the entire family. You all are in our prayers.
Stan and Tonie Allsopp
Comment | Share Posted Jan 29, 2021 at 09:34am via Condolence
JB

Bill's wife and famity - As Monk's fraternity brother from the very beginning days in 1968 I am so so very sorry for your loss as well as very stunned for my loss. We managed to maintain contact for 53 years and have been most proud of Bill's accomplishments. I do still pray to our God so Bill will be in my prayers.
Comment | Share Posted Jan 28, 2021 at 07:59pm via Condolence