To share your memory on the wall of Vernon Ashway, sign in using one of the following options:

Provide comfort for the family by sending flowers or planting a tree in memory of Vernon Ashway.

Provide comfort for the family of Vernon Ashway with a meaningful gesture of sympathy.

He was employed until his retirement as a truck driver for Jones Shipley Express in Hagerstown, MD. He also drover at one time for TA Bayer and Bowman Trucking. Prior to truck driving he worked at the former Landis Tool Company in the shop. Early in his life, prior to his marriage, he worked at Ron Rebba Farms in Ringgold and Greenridge Farms in Waynesboro. He was a member of the original ATH&L Fire Company (now a part of the Waynesboro Volunteer Fire Department) and helped to start the ATH&L Ambulance Squad (now known as the Waynesboro Ambulance Squad). He was a member of the Calvary Assembly of God Church where he started the Tape Ministry. He ran the sound board for over 20 years for Sunday morning worship services and when possible for weddings, funerals, and Wednesday night services. He was a past Sunday school superintendent and also served on the church board. In his retirement from truck driving, he worked part-time as a funeral assistant and driver for the Lochstampfor Funeral Home, Inc.

In addition to his wife, he is survived by four children, Kathy Fike (Garry), Denton Ashway (Michelle), Vernon Ashway, Jr. (Stacy), and Robert Ashway (Lori), all of Waynesboro; three grandchildren, Susan Elliott, Scott Ashway, and Taryn Ashway.; three sisters, Josephine Fishel (Don) of Cumberland, MD, Katherine Small (William “Bill”) of Chambersburg, and Phyliss Waddell (Edward “Ed”) of Frederick, MD; and a brother, Lloyd Ashway (Dianna) of Chambersburg. Also surviving are many nieces, nephews, great-nieces, and great-nephews. In addition to his parents, he was preceded in death by a grand-daughter, Kaelyn Ashway.

A Celebration of Vernon’s life will be held at 11:00 AM Friday, April 2, 2021 at New Franklin Assembly of God, 2355 New Franklin Road, Chambersburg, PA with Pastor James Brunetto and Pastor Dwan Newsome officiating. Interment will follow at Parklawns Memorial Gardens. The family will receive friends from 10:00-11:00 AM Friday at the church.

The family requests the omission of flowers and suggests memorial contributions be made to the Waynesboro Ambulance Squard, 603 West Main Street, Waynesboro, PA 17268.

To send flowers to the family or plant a tree in memory of Vernon L. Ashway Sr., please visit our Heartfelt Sympathies Store.
Read Less

Receive notifications about information and event scheduling for Vernon 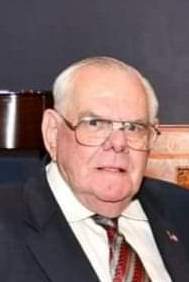 We encourage you to share any memorable photos or stories about Vernon. All tributes placed on and purchased through this memorial website will remain on in perpetuity for generations.

Sorry to hear of Vernon's passing. I was just thinking of him this week, remembering being in a quartet with him when we were young and singing on Easter Sunday morning for a sunrise service in Ringgold, MD.
Comment | Share Posted Apr 06, 2021 at 10:09am via Condolence
EH

We were so sorry to hear about your dad. You are in our thoughts and prayers, with heartfelt sympathy. Ed and Ruth Hoffeditz
Comment | Share Posted Apr 02, 2021 at 08:33pm via Condolence
LM

I am sorry to see the passing of Vernon. You are in my thoughts and prayers. Lisa Moats
Comment | Share Posted Apr 02, 2021 at 12:06am via Condolence
BE