Bom-Wrapper
About An Amazing Life|Help

Share this tribute
Memorial Candles Lit for Richard | SEE ALL
Light a Candle
"We are honored to provide this Book of Memories to the family."
— Thomas L. Geisel Funeral Home & Cremation Center
"Dick was such a positive & loving person. He will be missed by all his family and friends. "
— MaryHolly Allison & Benjamin Crosby
Funeral Details Memory Wall Photos & Videos Send Flowers

Print
Richard “Dick” Allen Kiel (LTC, US Army Ret.) died August 31, 2017 very peacefully with his wife Bonnie at his side. He was born on January 2, 1927 and was the son of the late Merwin A. Kiel and Ella Galbraith Kiel and grew up on a farm in southwest Minnesota.
Following graduation from high school, he enlisted in the army in 1945 for one tour. In 1952 he was recalled to active duty for the Korean conflict and remained on active duty until his retirement in 1973. He achieved the rank of Lieutenant Colonel in the Medical Service Corps. His overseas assignments included Okinawa, Korea, and Vietnam. His last assignment before retirement was as the Executive Officer at Evans Army Hospital, Fort Carson, Colorado. His many military awards included a Bronze Star and the Legion of Merit.
He received a Bachelor of Education degree from the University of Omaha, and a Master of Business Administration degree from the University of North Carolina.
After his military service, Dick began a second career in prison health care, serving as Chief of Health Services for the North Carolina Division of Prisons where he designed, implemented and managed prison health care for 85 prisons. After moving to the Washington DC area, he worked for Executive Health Systems where he designed health care programs for county and state correctional facilities across the nation. One of his many contributions was implementing the concept of Hospice Care for the terminally ill inmate. He was a charter member and two term president of the American Correctional Health Services Association.
When Dick and Bonnie moved to Penn National, he was very active in the community serving on multiple committees and as President of the Home Owners Association. He also was a founder of and served as President of SNAP, an innovative aging in place program.
He was predeceased by his parents, and his brothers Merwin Jr., Ronnie, and Dean. He is survived by his sister, Gloria Hanson of Prior Lake, MN. He is also survived by his daughter Linda Brees (Gene) of Greenville, SC, two grandchildren, Lesley Griffeth (Jackson) and Jordon Brees (Jessica), and four great grandchildren, McKinley, Lucy, Carson, and Parker Allen as well as numerous loving nieces, nephews, and friends.
Dick loved to golf, travel, and play poker. He was an avid baker and was well known for his cookies and cakes. Dick was deeply loved and will be missed by all who knew him.
Visitation will be held from 6 – 8 PM on Thursday, September 21, 2017 at Thomas L. Geisel Funeral Home and Cremation Center, 333 Falling Spring Road, Chambersburg, PA. A celebration of his life will be held at 10:00 AM on Friday, September 22, at the Trinity United Church of Christ Church, 60 East High St. Gettysburg, PA. In lieu of flowers, the family asks that contributions be made to the Unitarian Universalist Church of Gettysburg, SNAP (Support Network of Penn National), or the Cumberland Valley Animal Shelter.
Burial will be at Arlington Memorial Cemetery with full military honors at a later date.

We encourage you to share any memorable photos or stories about Richard. All tributes placed on and purchased through this memorial website will remain on in perpetuity for future generations. 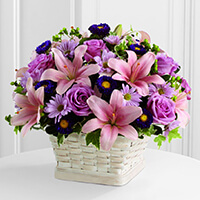 With deepest sympathy and celebration of a life that positively impacted so many people.
The ICS Board and Staff - Wednesday September 20, 2017 via Heartfelt Sympathies
Share This:

PM
So sorry for the families loss. It is also a loss for all his friends. Dick was always upbeat and willing to help whenever needed. He will be missed by his fellow poker players. He was a good friend. May he rest in peace.
Pat & Sharon McCormley - Saturday September 09, 2017 via Condolence Message
Share This:

Dick was such a positive & loving person. He will be missed by all his family and friends.
MaryHolly Allison & Benjamin Crosby - Sunday September 03, 2017 via Memorial Candle
Share This:
1
Page 1 of 1
Share
×

Thank you for sharing!

Or use your email:

Share on Facebook
Send flowers to the family
Choose from beautiful standing, table and basket arrangements. Safe and secure online ordering.
View Flower Arrangements
What has already been purchased for the family?
Subscribe to Updates

Connect with families at their time of loss. By subscribing to email updates, you will receive two daily updates containing all new stories, photos, candle lightings, condolences, and more.