To share your memory on the wall of Mary Lou Shoop, sign in using one of the following options:

Provide comfort for the family by sending flowers or planting a tree in memory of Mary Lou Shoop.

Provide comfort for the family of Mary Lou Shoop with a meaningful gesture of sympathy.

A devoted and beloved mother and grandmother, she is survived by two daughters, Penny Sue Shoop of Mercersburg and Amber Lee Bailey (husband Doug) of Phoenixville and two grandchildren, Cassandra Diane Bailey and Justin Wayne Bailey. In addition to her parents, she was preceded in death by her husband of 40 years, Wayne, on March 8, 1995.

She was interested in growing and cultivating flowers, reading, history, music, cooking, and baking. A lifelong Methodist member, she became a member of the First United Methodist Church in Mercersburg on April 3, 1955, during the pastorate of Rev. L. Allyn Welliver.

Services will be held at 11:30 AM, Tuesday, November 17, 2020, at the First United Methodist Church, 11 North Fayette Street, Mercersburg, PA 17236. Rev. Michael Baughman will officiate. Interment will follow at Norland Cemetery in Chambersburg. The family will receive friends from 10:00 AM until services begin at 11:30 AM Tuesday at the church. Masks are required and social distancing guidelines will be followed.

Memorial gifts may be given in her memory to the First United Methodist Church of Mercersburg Endowment Fund at the above address or to Alzheimer's Association: Greater Pennsylvania Chapter - Harrisburg Office, 2595 Interstate Drive, Suite 100, Harrisburg, PA 17110.

To send flowers to the family or plant a tree in memory of Mary Lou Shoop (Witmer), please visit our Heartfelt Sympathies Store.
Read Less

Receive notifications about information and event scheduling for Mary Lou 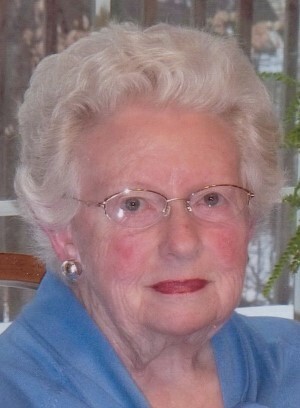 We encourage you to share any memorable photos or stories about Mary Lou. All tributes placed on and purchased through this memorial website will remain on in perpetuity for generations.

The Families of Thistle Drive

With heartfelt condolences, on the passing of your mother. The Becker, Casey, Cirone, Dimmerling, Foster, Sidlo, Sisti, and Smith Families

Prayers from the Willard Shoop Clan

With deepest sympathy, on the loss of your mother. The Becker, Casey, Cirone, Dimmerling, Foster, Sidlo, Sisti, and Smith Families

Sent with love and remembrance,

I am so sorry to see about the passing of your sweet mother. It was always a pleasure waiting on the two of you at ELM.