To share your memory on the wall of John Zimmerman, sign in using one of the following options:

Provide comfort for the family by sending flowers or planting a tree in memory of John Zimmerman.

Provide comfort for the family of John Zimmerman with a meaningful gesture of sympathy.

John Robert Zimmerman, 79, of Davidson, North Carolina passed away on Sunday, June 6, 2021 due to complications caused by a stroke suffered in early May.

Bob grew up in Greensburg, Pennsylvania before moving to Harrisburg, Pennsylvania f... Read More
John Robert Zimmerman, 79, of Davidson, North Carolina passed away on Sunday, June 6, 2021 due to complications caused by a stroke suffered in early May.

While in college, Bob was a member of the ROTC and joined the United States Army as a 2nd Lieutenant after graduation. He served honorably in the Army from 1965 to 1967 with the 121st Signal Battalion in the 1st Infantry Division setting up communications. He was promoted to 1st lieutenant and was awarded an Army Commendation Medal as well as a Bronze Star both for Meritorious Service while deployed to Vietnam.

Bob worked for 27 years at Wachovia (formerly First Union) before retiring as a Vice President of Information Technology. He provided leadership in the design, development, and maintenance of the Automated Teller Machine and Customer Notification Systems. He and his team facilitated the growth of First Union from a $3 billion regional bank to the 4th largest bank holding company in the country with over $400 billion in assets.

Bob enjoyed fishing, traveling, and spending time with his family. He was an incredible father, brother, husband, and friend who will be sorely missed.

Preceding Bob in death are his parents, John Harvey and Evelyn Amelia Zimmerman as well as his wife of over 51 years, Mary Ann. He is survived by his son Bryan, his daughter Deborah, his grandchildren Grant, Andrew, and Ava, his sister Sandra, and many much loved nieces and nephews.

A graveside service will be held 10:00 A.M., Monday, June 14, 2021 in Parklawns Memorial Gardens, Chambersburg, PA where military honors will be conducted by the honor guard of Charles Nitterhouse V.F.W. Post #1599, Chambersburg. There will be a visitation Monday morning from 8:30 AM until 9:30 AM in the Thomas L. Geisel Funeral Home, 333 Falling Spring Road, Chambersburg, PA 17202.

To send flowers to the family or plant a tree in memory of John Robert "Bob" Zimmerman, please visit our Heartfelt Sympathies Store.
Read Less 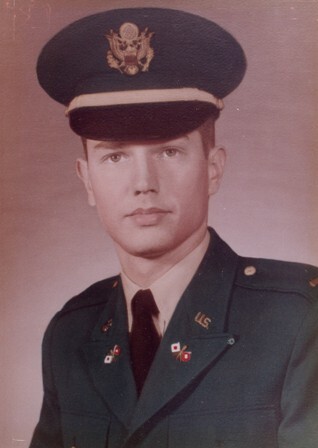 We are deeply saddened by the loss of a special man, may our prayers guide his soul to our Heavenly Father. With deepest sympathy,

We are thinking of you during this difficult time.

Flowers were purchased for the family of John Zimmerman.
Order Now | Show All
Comment | Share Posted Jun 11, 2021 at 02:43pm via Floral Arrangements
HW

From a long-ago Southwest Greensburg neighbor, I am sending a message to Sandy. My brother, John Driscoll, informed me of Bob's passing. I am so sorry for your loss and for all of Bob's family. My thoughts immediately turned back to the 1950s when we were neighbors across-the-alley where we spent many childhood outdoor hours. I remember your parents and your little dachshund. Sandy, I hope you are well; I know you will miss your brother.
Please know you have my condolences and fond memories.
Hilda Driscoll Walter
Cleveland, Ohio
Comment | Share Posted Jun 09, 2021 at 07:38pm via Condolence
CP

In honor of Bob Zimmerman, a man of many virtues and humble demeanor. You will be deeply missed. May this tree represent a life well lived.

Bob was my dear sister’s husband. She recently passed and he is now with her in peace. Bob was always quiet but I remember how happy he was at their wedding and on the boat when we would visit them. I admired them both as a loving couple. May they be at peace with God.
Love, Carol
Comment | Share Posted Jun 09, 2021 at 01:31pm via Condolence