To share your memory on the wall of John Kearin, sign in using one of the following options:

Provide comfort for the family by sending flowers or planting a tree in memory of John Kearin.

Provide comfort for the family of John Kearin with a meaningful gesture of sympathy.

A memorial service will be held at 10:00 AM Saturday, June 19, 2021 at the Letterkenny Chapel, 2171 Carbaugh Avenue, Chambersburg, PA 17201. The Very Rev. Allan F. Wolfe will officiate. Interment with military honors conducted by members of the Charles Nitterhouse Post 1599 VFW Honor Guard will follow at Norland Cemetery. The family will receive friends from 9:00 AM until service begins at 10:00 AM Saturday at the Chapel.

Contributions in his memory may be made to the Purple Heart Foundation at purpleheartfoundation.org.

To send flowers to the family or plant a tree in memory of John J. Kearin III, please visit our Heartfelt Sympathies Store.
Read Less 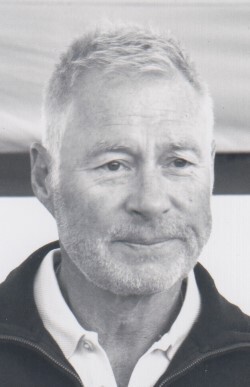 Love, Bren, Herm & Family, Patrick and Laura Hinton, and other have sent flowers to the family of John J. Kearin III.
Show you care by sending flowers
Hand delivered by a local florist

Love, Bren, Herm & Family, Patrick and Laura Hinton, and other have sent flowers to the family of John J. Kearin III.
Show you care by sending flowers
Hand delivered by a local florist
HS

Kendra & Lexi - Our thoughts and prayers are with you. Sending lots of love, The Hart Family

Dear Kendra & Family, Our love and prayers are with you. With Deepest Sympathy, Bren, Herm and Family

We are so sorry for your loss. Jack was an amazing man who lived quite a valorous life full of adventure and patriotism. He will be sorely missed.

Dear Mama Kearin and Lexi, We are thinking of you during such a difficult time. Sending you love and condolences,

Flowers were purchased for the family of John Kearin.
Order Now | Show All
Comment | Share Posted Jun 10, 2021 at 05:08pm via Floral Arrangements
MM

Although we only new Jack for a few years he and Kendra quickly became friends and family to my family. I came to know Jack as a kind and devoted man who loved his family, his dogs and his friends. I will miss our time drinking wine, shooting guns, and driving our Porsche’s down route 7. He will be sorely missed but always will remain near and dear to our hearts.

May the road rise to meet you my friend.....