To share your memory on the wall of Jacqueline Peters, sign in using one of the following options:

Provide comfort for the family by sending flowers or planting a tree in memory of Jacqueline Peters.

Provide comfort for the family of Jacqueline Peters with a meaningful gesture of sympathy.

Jacqueline Joyce Peters, 80, passed away on Sunday, May 23, 2021 at the Shook Home in Chambersburg after a battle with medical complications for several months.

Born on September 21, 1940 in Chambersburg, she was the daughter of the late... Read More
Jacqueline Joyce Peters, 80, passed away on Sunday, May 23, 2021 at the Shook Home in Chambersburg after a battle with medical complications for several months.

Born on September 21, 1940 in Chambersburg, she was the daughter of the late William E. Walters and May Louise Doyle Walters. She was a 1958 graduate of the Chambersburg High School and a 1961 graduate of the Harrisburg Polyclinic Hospital School of Nursing. Jackie retired from nursing in 2005 after being a registered nurse for 43 years at the Shook Home, Chambersburg Hospital, Carlisle Hospital, and ManorCare Health Services.

Jackie was a devoted daughter, mother, grandmother, and nurse. She was always known as a “people person”, a dedicated servant to her family, her community, and her church. She was a member of First United Methodist Church in Chambersburg. Affectionately known as “Nannie Jackie” to her grandchildren, she was always known to attend sporting events, school plays, school functions, and was a mentor of her 4 grandchildren whom became nurses, following in her footsteps. She was a lifelong enthusiastic fan of the Redskins, Penn State, and the Phillies.

Funeral services will be held at 1:00 PM Wednesday, May 26, 2021 in the Chapel of Thomas L. Geisel Funeral Home and Cremation Center, 333 Falling Spring Road, Chambersburg, PA. Rev. Adam Leeper will officiate. Private interment will follow in Norland Cemetery. The family will receive friends from Noon – 1:00 PM on Wednesday at the funeral home.

Contributions in Jackie’s memory may be made to the Cumberland Valley Animal Sheter, 5051 Letterkenny Road West, Chambersburg, PA 17201.

To send flowers to the family or plant a tree in memory of Jacqueline J. Peters (Walters), please visit our Heartfelt Sympathies Store.
Read Less

Receive notifications about information and event scheduling for Jacqueline 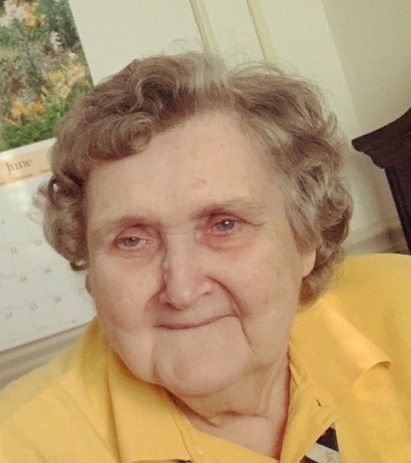 We encourage you to share any memorable photos or stories about Jacqueline. All tributes placed on and purchased through this memorial website will remain on in perpetuity for generations.

Please accept our most heartfelt sympathies for your loss. Our thoughts are with you and your family during this difficult time.

Dreams from the Heart Bouquet was purchased for the family of Jacqueline Peters.
Order Now | Show All
Comment | Share Posted May 25, 2021 at 08:33am via Floral Arrangements