To share your memory on the wall of Jack Horner, sign in using one of the following options:

Provide comfort for the family by sending flowers or planting a tree in memory of Jack Horner.

Provide comfort for the family of Jack Horner with a meaningful gesture of sympathy.

Jack D. Horner, 72, of Chambersburg, PA passed away Sunday, December 6, 2020 in the Chambersburg Hospital. Born February 10, 1948 in Chambersburg he was the son of the late Robert M. and Martha Gail (Keller) Horner.

Jack was a gradua... Read More
Jack D. Horner, 72, of Chambersburg, PA passed away Sunday, December 6, 2020 in the Chambersburg Hospital. Born February 10, 1948 in Chambersburg he was the son of the late Robert M. and Martha Gail (Keller) Horner.

Jack was a graduate of the Chambersburg Area Senior High School, Class of 1966. He then went on to serve in the United States Navy for 26 years and retired as a Command Master Chief in 1994. Later, Jack went to work at JLG in maintenance and retired from there in 2014.

Jack was a member of the Moline Gold Collector’s Association where he served as treasurer, Cumberland Valley Antique Engine and Machinery Association, Inc. where he served as past president, the Burt J. Asper American Legion Post 46 and the Charles Nitterhouse VFW Post 1599 both in Chambersburg. He enjoyed restoring antique tractors especially the Minneapolis Moline.

In addition to his parents, he is preceded in death by an infant sister, Donna Kay.

Arrangements have been entrusted to the Thomas L. Geisel Funeral Home and Cremation Center. Should friends desire, contributions may be sent to C.V. Antique Engine and Machinery Assoc., Inc. at 1501 Criders Church Rd, Chambersburg, PA 17202 in Jack’s memory.

To send flowers to the family or plant a tree in memory of Jack D. Horner, please visit our Heartfelt Sympathies Store.
Read Less

Receive notifications about information and event scheduling for Jack 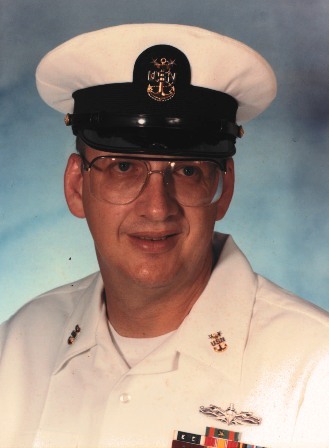 We encourage you to share any memorable photos or stories about Jack. All tributes placed on and purchased through this memorial website will remain on in perpetuity for generations.

Dear Linda and family,
George and I and the kids send you our deepest condolence
in hearing of the passing of Jack. "Mr. Horner" I'd always say in front of the kids in respect. We had many fine conversations over the fence and we are going to miss him.
Comment | Share Posted Dec 17, 2020 at 12:01pm via Condolence
JC

Linda I’m so sorry for you and your family’s loss. Our thoughts and prayers are with you

Dearest Terri and Jim and all the boys and your family,
Ours prayers and thoughts to you all at this sad time.
Love from John and Chris Robinson

Jack and I both graduated in 1966. Both of us were into cars and we spent a lot of time in detention reading Hot Rod magazines. We spent a lot of time in Jack's '49 Chevy cruising and participating in street racing in Chambersburg. I lost touch with Jack when he went into the Navy but just recently began hanging out again at the Greenvillage cruise-ins. Jack was a good guy who always would lend a hand where it was needed. He'll be truly missed.

Linda,
I am So Sorry to hear of your Loss. I know all too Well what your going thru. Jack was a Good man and so helpful when we both worked at JLG. Hoping you can find Comfort and Peace in all the Good Memories you have. Prayers go out to you and your Family!! Brenda Truax
Comment | Share Posted Dec 09, 2020 at 01:43pm via Condolence