To share your memory on the wall of George Machel, sign in using one of the following options:

George enlisted in the Marine Corps in 1956, serving for 21 years until his retirement. He served honorably in the Da Nang Province during the Vietnam War. After his career in the Marine Corps, George was employed in plant operations at the Chambersburg Hospital. George was a life member of VFW Post 1599 in Chambersburg. He was an automobile enthusiast and enjoyed watching football and Nascar. He also enjoyed movies and music. A devoted family man, George will be missed by all who loved him.

He is survived by his daughter, Nina M. Machel and husband Jim Karcher of Pittsburgh; two grandchildren, Christian Karcher of Pittsburgh and Marie Karcher of New York City; his brother, Tom Machel and wife Carol; sister-in-law, Margaret McKenrick; and several nieces and nephews. In addition to his wife and parents, George was preceded in death by his sister, Lila Rotz.

Funeral services will be held at 1:00 PM on Tuesday, February 23, 2021 in the Chapel of Thomas L. Geisel Funeral Home, 333 Falling Spring Road, Chambersburg, PA 17202. Pastor Mike Sanders will officiate. Interment will follow the service in Parklawns Memorial Gardens. The family will receive friends from 11:00 AM – 1:00 PM on Tuesday at the funeral home. In lieu of flowers, memorial contributions may be made to George’s favorite charity, Father Flanagan’s Boys’ Home, Boys Town, 200 Flanagan Blvd., P.O. Box 6000, Boys Town, NE 68010-9988.
Read Less

To send flowers to the family or plant a tree in memory of George E. Machel, please visit our Heartfelt Sympathies Store.

Receive notifications about information and event scheduling for George

We encourage you to share your most beloved memories of George here, so that the family and other loved ones can always see it. You can upload cherished photographs, or share your favorite stories, and can even comment on those shared by others.

Posted Feb 22, 2021 at 09:41pm
We met George and his sweet Elaine which I called(Dudy) in 1957 in the USMC and we became instant friends and we were so much alike even though we lived and where raised miles apart. God was good. We remained friends thru out all those years because of our close bond with one another. Curtis and i will miss them so much. Along with Nina they were so much like family and we are so blessed to have shared our lives with them, God Bless Nina and all the family including Marty.. We are Blessed to have you in our lives.. Love and prayers for you all. 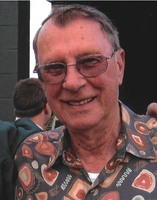