To share your memory on the wall of Gary Dougal, sign in using one of the following options:

Provide comfort for the family by sending flowers or planting a tree in memory of Gary Dougal.

Provide comfort for the family of Gary Dougal with a meaningful gesture of sympathy.

He is survived by his wife, Carol A. Dawkins Dougal, whom he married October 1, 1960; his daughter, Dani M. Best and husband John of Downingtown; his son, Michael L. Dougal and wife Tammy of Chambersburg; four grandchildren, Cara Best, Christopher Best, Abigail Dougal, and Jacob Dougal; and his sister, Dolores Gaughenbaugh of Chambersburg. In addition to his parents, he was preceded in death by his brother, Reginald.

A memorial service to celebrate Gary’s life will be held later in 2021.

Contributions in his memory may be made to the Franklin County Library System, 101 Ragged Edge Road South, Chambersburg, PA 17202.

To send flowers to the family or plant a tree in memory of Gary L. Dougal, please visit our Heartfelt Sympathies Store.
Read Less

Receive notifications about information and event scheduling for Gary

Print
A memorial service to celebrate Gary’s life will be held later in 2021. 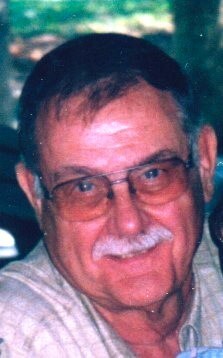 We encourage you to share any memorable photos or stories about Gary. All tributes placed on and purchased through this memorial website will remain on in perpetuity for generations.

So sorry and sad to learn of Gary’s death. He was a wonderful neighbor and I appreciated how helpful and kind he and Petie were to me. May God give you his peace and strength Petie.
Comment | Share Posted Jan 05, 2021 at 01:01pm via Condolence
AU

Petty, so, so sorry to hear of Gary’s passing. May you find comfort in Gods love and presents. My prayers are with you.

Mike, so sorry for the loss of your father! Sending my condolences and prayers for comfort for your family during this difficult time!