To share your memory on the wall of Earnest Sprow, sign in using one of the following options:

Provide comfort for the family by sending flowers or planting a tree in memory of Earnest Sprow.

Provide comfort for the family of Earnest Sprow with a meaningful gesture of sympathy.

He was employed as a machinist at Mack Truck, Hagerstown, MD. He retired after 33 years with the company. Mr. Sprow was a member of the Moose Lodge 842 and attended the Greenwood Hills Chapel. He enjoyed hunting, fishing and golfing.

In addition to his parents he is preceded in death by his step-mother, Heartha; daughter, Brenda Kelley; son, Gregory Sprow; son-in-law, Raymond Kelley; grandson, Shon Jamison; and siblings B. Jane Smith, Esther Jamison and an infant brother.

Due to the current situation, services will be private at the convenience of the family. Interment will be open to the public, 3:00 P.M., Tuesday, December 1, 2020 in Mount Zion Cemetery, Quincy, PA. Arrangements have been entrusted to the Thomas L. Geisel Funeral Home and Cremation Center, Chambersburg.

In lieu of flowers memorial contributions may be made to either Greenwood Hills Chapel 7062 Lincoln Way East, Fayetteville, PA 17222 or The Shook Home, 55 S. Second, Street, Chambersburg, PA 17201

Online condolences may be expressed at gieselfuneralhome.com.

To send flowers to the family or plant a tree in memory of Earnest D. "Dan" Sprow, please visit our Heartfelt Sympathies Store.
Read Less

Receive notifications about information and event scheduling for Earnest 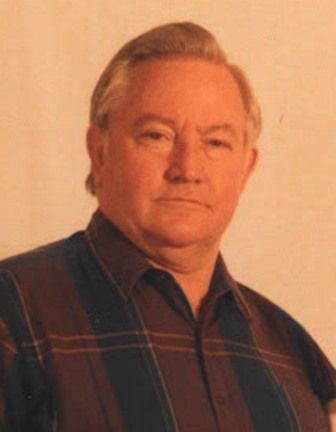 We encourage you to share any memorable photos or stories about Earnest. All tributes placed on and purchased through this memorial website will remain on in perpetuity for generations.

Esther & family, so very sorry for your loss. Sending our thoughts & prayers to you & your family during this time. May god comfort you. Love Bob & Jane Gearhart, Terry & Kim
Comment | Share Posted Nov 30, 2020 at 09:09am via Condolence
DR

I am so sorry for your loss. I always enjoyed spending time with your family as a child. Dan seemed to me to be a very kind and happy go lucky guy. I will never forget my first trip to the beach with Dan, Esther, Kim Sprow and Karen Imes. I remember the first time I saw the ocean at OCMD and romping in the waves with you guys and our visit to Frontier Land. I appreciate that memory so much and wish I had taken the opportunity to tell Dan that while he was still here 😥. May God comfort you all through this time. Love, Donna (Burdge) Reath
Comment | Share Posted Nov 25, 2020 at 09:27pm via Condolence
KH

Esther and family, I remember you guys from Mont Alto Sr Ctr. Very sorry read of Dan passing. May God's peace and comfort surround you all
Comment | Share Posted Nov 25, 2020 at 08:40am via Condolence