To share your memory on the wall of Dr. Rene Berard, sign in using one of the following options:

Provide comfort for the family by sending flowers or planting a tree in memory of Dr. Rene Berard.

Provide comfort for the family of Dr. Rene Berard with a meaningful gesture of sympathy.

He was a graduate of The University of Massachusetts (1958), and Temple University School of Dentistry (1961). He served in the Cadet ROTC program and entered the US Army in 1961 as a Captain in the Dental Corps, stationed at Fort Irwin, CA.

Rene returned to his New England roots in 1965 and settled in Hingham, Massachusetts, where he established a practice of general dentistry for 35 years. In addition, he was a clinical instructor and lecturer at Tufts University School of Dental Medicine in Boston for 25 years. He retired to Chambersburg in 1999.

Rene met his Donna at a party at Temple University and they were married August 19, 1961. In addition to his loving wife, five children, and seven grandchildren survive him; Michael and Trish Berard of Kingscliff, New South Wales, AU; Kevin and Jacquie Berard of Hull, MA; Karen and Richard Johnson of Sandwich, MA; Michelle and Michael Oriola of Pembroke, MA; and Kristine and Clayton Whitfield of Peachtree Corners, GA. His grandchildren he referred to as "the magnificent seven": Michael and Evan Berard, Sean and Kelli Berard, Benjamin Johnson, and Joe and Anthony Oriola. His family was his most important accomplishment and he was extremely proud of all.

He served on the Safety Board of the Roy A. Himelfarb Surgical Center in Chambersburg, was a member of the Senior Table Tennis Group at the Recreation Center, a member of VFW Post 1599, Toastmaster International, the Pennsylvania and Cumberland Valley Dental Societies, and a former member of the Elks Club.

His second love beyond family was golf. He studied the history of the game and was always working on his swing, reading tips from magazines and golf books. He was a stickler for the rules, always played by the rules, and expected his partners to do the same. He was a sculptor of clay and cement, his many creations grace the house and landscape. Rene and Donna loved golf trips, road trips, visits to New England, winter cruises to the Caribbean, Superbowl Sunday's in Georgia, and annual family Thanksgiving gatherings. He was fan of the New England Patriots and the Boston Red Sox.

Many thanks to Spirit Trust Lutheran Hospice for their kind, efficient, compassionate care of Rene. Their support of Rene and the family is deeply appreciated.

Due to Covid restrictions, the family will be holding socially-distanced services at their Chambersburg home on Saturday, January 2nd. Visitation from 1:00 to 2:00 followed by a memorial service at 2:00 pm.

To send flowers to the family or plant a tree in memory of Dr. Rene J. Berard, please visit our Heartfelt Sympathies Store.
Read Less

Receive notifications about information and event scheduling for Dr. Rene 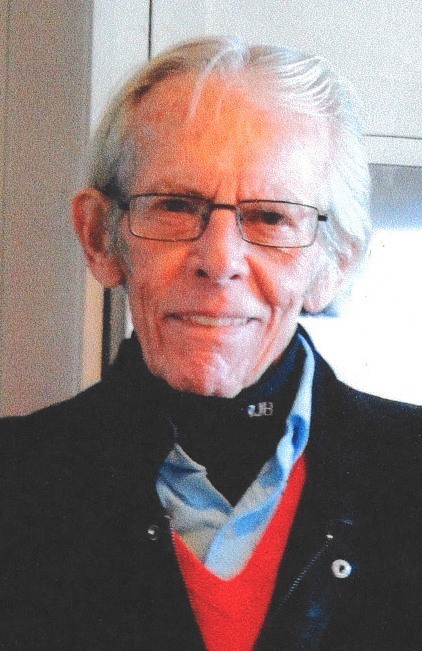 We encourage you to share any memorable photos or stories about Dr. Rene. All tributes placed on and purchased through this memorial website will remain on in perpetuity for generations.

Donna, I am so sorry for your loss. I loved reading about his interesting life, you really have had some great experiences.
My daughter, Robin, and I send our sincere condolences. Prayers for your comfort. Bonnie Harmon
Comment | Share Posted Jan 02, 2021 at 11:02am via Condolence