To share your memory on the wall of D. Louise Miller, sign in using one of the following options:

Provide comfort for the family by sending flowers or planting a tree in memory of D. Louise Miller.

Provide comfort for the family of D. Louise Miller with a meaningful gesture of sympathy.

She is survived by two sons, Ronald F. Cosey (Terry) and Ray E. Cosey (Diana), all of Chambersburg; two step-sons, Richard K. Miller (Bonnie) of Scottsdale, AZ and Dennis P. Miller (Janice) of Centennial, CO; seven grandchildren; five step-grandchildren; and numerous great and step-great grandchildren. She is also survived by five brothers, Ronald, Norman, Carl, Larry, and Daryl Sites; and three sisters, Betty Johnson, Beverly Robinson, and Edna Carbaugh. In addition to her parents and husband, she was preceded in death by her first husband whom she married June 19, 1948, Robert Franklin Cosey on September 3, 1968; and two brothers, Richard and Robert Sites.

Funeral services will be held at 1:00 PM Tuesday, March 23, 2021 at The Open Door Church, Chambersburg, PA. Pastor Mike Sanders will officiate. Interment will follow at Norland Cemetery. The family will receive friends from 11:00AM – 1:00 PM Tuesday at the church.

To send flowers to the family or plant a tree in memory of D. Louise Miller (Sites), please visit our Heartfelt Sympathies Store.
Read Less

Receive notifications about information and event scheduling for D. Louise 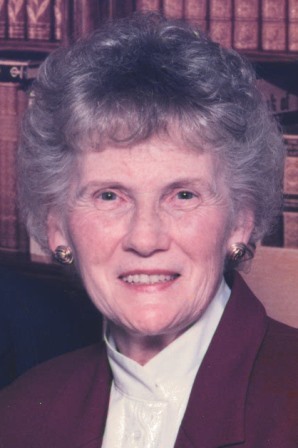 We encourage you to share any memorable photos or stories about D. Louise. All tributes placed on and purchased through this memorial website will remain on in perpetuity for generations.

Babs Skelton and Marlin B Rife sent flowers to the family of D. Louise Miller (Sites).
Show you care by sending flowers
Hand delivered by a local florist

Babs Skelton and Marlin B Rife sent flowers to the family of D. Louise Miller (Sites).
Show you care by sending flowers
Hand delivered by a local florist
J

We will miss her sweet spirit and hold a special place in our hearts forever.

In loving memory of a very dear friend

Louise was always "Weesie" or Grandma Weese to the Colorado Millers, and she will have a place in our hearts forever.

Flowers were purchased and a memorial tree planted for the family of D. Louise Miller.
Order Now | Show All
Comment | Share Posted Mar 19, 2021 at 09:37pm via Floral Arrangements
MR

Please accept my most heartfelt sympathies for your loss... My thoughts are with you and your family during this difficult time.

Marlin B Rife purchased flowers for the family of D. Louise Miller.
Order Now | Show All
Comment | Share Posted Mar 19, 2021 at 10:31am via Floral Arrangements