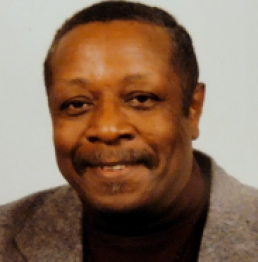 Christopher Paul Maghee, Sr, 84, of Shippensburg, PA and formerly of Chambersburg and Philadelphia, passed away on August 4, 2022 at Chambersburg Hospital. Born February 28, 1938, he was the son of the late Charles C. Maghee and Cordelia Jenkins Avery. Through the years, Christopher received several awards. Some of which came from the American Federation State County Municipal Employees for loyal service as an Officer to AFSCME Council 89, Local Union 2356, and the Commonwealth of Pennsylvania’s Department of Education for 10 years of dedicated service to the Scotland School for Veterans Children. He retired from the Commonwealth of Pennsylvania to take care of his darling Sylvia, (his wife of 18 years when she became ill), and he did so until the time of her death.

When he decided to return to work, he became a licensed Private Investigator and assisted numerous lawyers in successfully closing their cases. He also loved to give back to the community by doing pro-bono work. He helped children and adults of all ages with legal matters, worked as a volunteer at Local Union 2356, helped the Chambersburg Hospital by serving on their Ethics Committee, and served at the Chambersburg Hospital's Adoption Agency.

In addition to his parents, he was proceeded in death by his wife Sylvia A. Williamson, (August 8, 1999), and his son Christopher Paul Maghee, Jr. He is survived by his daughter, Michelle A. Thompson of Fern Park, FL; Two grandchildren, Gary and Monique; three great grandchildren Amaya, Mason, and Jaxson; two sons Eric and Billy; and two brothers Jerome Maghee of Philadelphia and Dennis Maghee of Shippensburg.

A viewing will be held from 10:00 – 11:00 AM on Thursday, August 18, 2022 at the Thomas L. Geisel Funeral Home and Cremation Center, 333 Falling Spring Road, Chambersburg. PA. A funeral service will follow at 11:00 AM in the funeral home chapel with Rev. Johnny Thompson officiating. Private interment will be in Lebanon Cemetery.

All rights reserved. This obituary is also archived at obittree.com