To share your memory on the wall of Bobby Davis, sign in using one of the following options:

Provide comfort for the family by sending flowers or planting a tree in memory of Bobby Davis.

Provide comfort for the family of Bobby Davis with a meaningful gesture of sympathy.

He attended Ohio University, Athens, OH where he was president of Alpha Phi Alpha Fraternity. Mr. Davis served with the United States Air Force from July 16, 1955 until his honorable discharge April 11, 1960. He retired from a 36 year career in government service as a computer systems analyst for the Letterkenny Army Depot.

Mr. Davis was a decorated and committed softball coach, coaching at Shippensburg University, Chambersburg and Shippensburg High Schools, Penn State Mont Alto and Guilford. He was one of the original founders of the Guilford Athletic Association where he also served as president and was still an active member at the time of his death.

Mr. Davis was the head coach for the Chambersburg High School team in 1983 and led the Lady Trojans to a 16-5 record and a third place finish in the PIAA State Championship. He was the Lady Raiders’ assistant coach for a year before assuming the head coach position.

Mr. Davis was Head Coach of the Shippensburg University softball team for 16 seasons from 1985 to 2000. During his tenure, the Lady Raiders compiled an impressive 449-204-4 record for a winning percentage of .686. At the time of his retirement following the 2000 season he was ranked among the top 15 winningest coaches in the NCAA Division II and was the winningest coach in the history of the team. In his 16 years, Davis guided his teams to nine PSAC tournament appearances and five NCAA tournaments. Shippensburg was conference runner-up four times, including three years in a row from 1997 to 1999. The Lady Raiders won 42 games in 1995 and broke the 40 victory mark again in 1997 and 1998. Davis was named PSAC Eastern Division Coach of the Year in 1998.

In 2005, he led the Shippensburg High School Softball team to a Silver PIAA Class AAA Championship finish. On November 20, 2010 he was inducted into the Pennsylvania Sports Hall of Fame. While coaching at Penn State Mont Alto, in 2013 he was named PSUAC Coach of the Year and on October 19, 2020 he was named an Honorary Member of the Shippensburg University Hall of Fame.

He is survived by his wife, Pamela J. (Spandler) Davis who he met during his military service in England, a daughter Donna Davis of Chambersburg, granddaughter Jennifer (Davis) Lloyd and two great grandchildren, Emma and Owen. In addition to his parents he is preceded in death by his son, Mark L. Davis (Loretta).

In lieu of flowers memorial contributions may be made to either the American Diabetes Association at www.diabetes.org or to St. Jude Children’s Research Hospital at www.stjude.org.

To send flowers to the family or plant a tree in memory of Bobby L. Davis, please visit our Heartfelt Sympathies Store.
Read Less

Receive notifications about information and event scheduling for Bobby 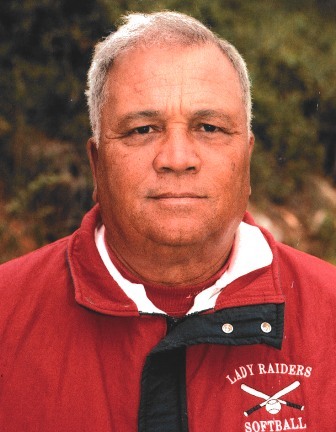 We encourage you to share any memorable photos or stories about Bobby. All tributes placed on and purchased through this memorial website will remain on in perpetuity for generations.

Love, Loretta, Mark, Jennifer, Jonathan, Emma and , Beth Anne (Finkey) Keller, and other have sent flowers to the family of Bobby L. Davis.
Show you care by sending flowers
Hand delivered by a local florist

Love, Loretta, Mark, Jennifer, Jonathan, Emma and , Beth Anne (Finkey) Keller, and other have sent flowers to the family of Bobby L. Davis.
Show you care by sending flowers
Hand delivered by a local florist
L

Sent with love and remembrance,

In loving memory of Uncle Bob

Flowers were purchased for the family of Bobby Davis.
Order Now | Show All
Comment | Share Posted Apr 09, 2021 at 11:45am via Floral Arrangements
EI

Remembering Bobby brings back years of working together.- he was a wonderful co-worker and committed to community.
Comment | Share Posted Apr 03, 2021 at 02:46pm via Condolence

Coach was truly one of a kind. He believed more in me than I did in myself and I am truly grateful for knowing him and having played softball under him for 4 years. I learned a LOT about the game, but in the long run, I learned even more about the game we call life particularly on those long bus rides home to good old Ship U. sitting in front of the bus. He always had a story to tell....and those of use who knew him, we all have a Coach or Sarge story to tell.

May our Lord's blessings touch Pamela, Donna and rest of the Davis Family as well as all of us who are hurting with his passing. Farewell Coach......rest in peace.
Comment | Share Posted Mar 30, 2021 at 04:27pm via Condolence
BK

My deepest sympathies. Bobby was a good man. I am a much better person for having known and played for him. My thoughts and prayers are with you.