To share your memory on the wall of Ronald Cornelius, sign in using one of the following options:

Print
“Running is about finding your inner peace, and so is a life well lived.”

Ronald “Ron” Glenn Cornelius, age 78, passed away peacefully after a courageous battle with cancer in his home in Fayetteville surrounded by loved ones on ... Read More
“Running is about finding your inner peace, and so is a life well lived.”

Ronald “Ron” Glenn Cornelius, age 78, passed away peacefully after a courageous battle with cancer in his home in Fayetteville surrounded by loved ones on Saturday morning, November 21st, 2020. He was born on August 12, 1942 in Fannettsburg, PA to the late Howard “Bud” Finley Cornelius, Jr., and Bertha Elizabeth Swailes.

Ron was preceded in death by his parents. His father Howard Cornelius was killed in action during the battle of Anzio Beachhead during WWII before he got a chance to know him. His mother, Bertha Elizabeth McQuerry, passed away at the age of 99 on January 7th, 2020. Ron spent his formative years in Walnut Bottom, PA and graduated as a Big Spring Bulldog in 1960. Shortly after his graduation, Ron enlisted in the US Air Force and was stationed in Guam during Typhoon Karen. After his active service, he settled down in Fayetteville, PA, had a daughter that he cherished, and worked at Letterkenny Army Depot as a quality assurance specialist for many years until retiring in 1999.

Ron was a man of many interests. He thoroughly enjoyed traveling across the United States, touching ground in all of them except for Washington and Oregon. During his experience in the Air Force, he developed a love for Elvis and dancing that carried on well into his 70’s. His enthusiasm for sports was unmatched. He and his good friend, Bud, spent countless hours supporting multiple local high school and college sports teams, particularly the Chambersburg Trojans and Shippensburg Red Raiders. He also enjoyed motorsports and spent many Friday nights at Williams Grove Speedway. He actively participated in many sports throughout his life, but his true passion was running. After becoming a member of the Chambersburg RoadRunners in the 1980’s, he was involved in multiple 5k’s, 10k’s and marathons. In his later years, he enjoyed spending his days at Norlo Park embracing his active lifestyle.

If there was something that Ron loved more than sports, it was his family. His daughter Kelley and his two grandchildren, Joshua and Alaina were his world. Ron always made sure that they knew that they were loved and appreciated. Whether it was supporting them through sports, giving advice, or simply spending time with them, Ron was at his happiest when he was around them. Their world will not be the same without him.

To send flowers to the family or plant a tree in memory of Ronald Glenn Cornelius, please visit our Heartfelt Sympathies Store.

There are no events scheduled. You can still show your support by sending flowers directly to the family, or planting a memorial tree in memory of Ronald Glenn Cornelius.
Visit the Heartfelt Sympathies Store

Posted Nov 24, 2020 at 09:44am
I met Ron at letterkenney in 1980 we became real good freinds enjoyed playing pickup basketball games with him and traveling to high school and college sporting events. I wiil really miss the phone calls he was like a older brother to me talked to me almost every day. We would always talk about our kids and grandchildren he loved them so much. I am going to miss you brother but i know you are running in the streets of heaven and are pain free.We will meet again someday R.I P
Comment Share
Share via:
J

Posted Nov 23, 2020 at 12:51pm
It was certainly my good fortune to have met Ron.
We spent many miles together and he showed me how to get faster and enjoy it. Training together meeting at the post gym and running the association we had was easy and fun he was a great teacher and runner . My personal best times came from that I always appreciated him. Going to miss seeing him around sure. RIP Brother thanks for the memories .
Comment Share
Share via:
LJ

Posted Nov 22, 2020 at 04:29pm
Worked with Ron at Letterkenny years ago before I retired in `95; one of the nicest people I ever met; never a harsh word about anyone; I'm sure he will be truly missed. RIP Ron. 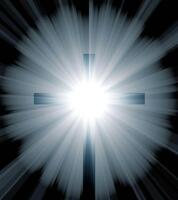